Hansa (Hans Versteeg) himself developed rapidly as an artist from around 2000. After a career as a versatile designer, his free style work played an ever growing role, initially in the form of his photography. Unexpectedly – for himself and others – Hansa switched to oil painting as an art form in 2010. Over a short period of time he has developed into a painter with a great talent for fabric expression, similar to the masters of the seventeenth century such as Gerard ter Borch. Hansa, however, is inspired by the subjects in the contemporary world of the 21st century. His paintings are characterized by an interaction of sparkling and sometimes contrasting colours, light, reflection, movement and a photographic approach of the depicted objects by sharpening or blurring them. This creates an effect that is only rarely applied in painting. The paintings feature a subdued calm and serenity. According to Hansa, these are the preconditions for a successful work of art: intimacy and the search for the perfect balance between the emotional and the rational.
drs. Diana P.T. Kostman, art historian 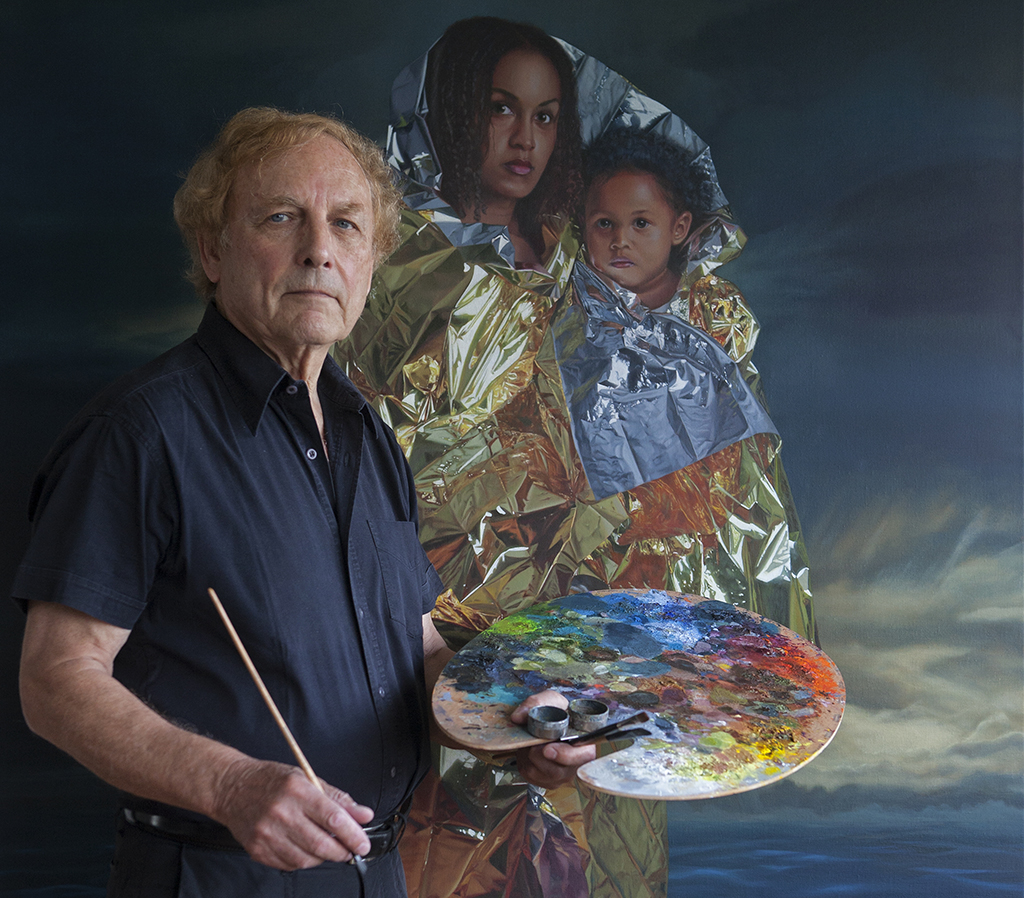